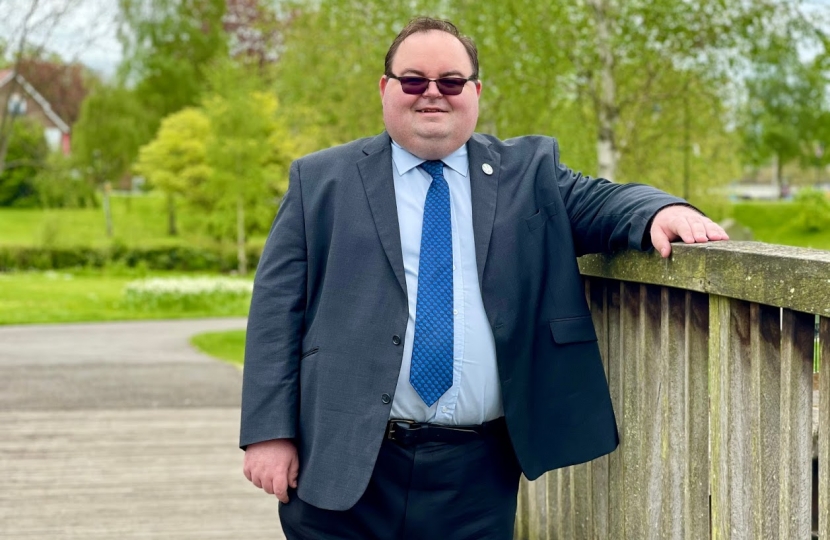 The last Labour council in Nuneaton and Bedworth contracted with Labour Coventry City Council to provide our recycling collections. Now with Coventry Council engaged in a dispute with Unite the Union over pay, it is our residents who are suffering.

“Many of our residents work a 52-week contract but Coventry binmen and drivers only work a 4-day week for 51 weeks a year. However, the unions in Coventry are refusing an offer of £3500 to work 1 extra week a year and a £1300 year pay rise. The average wage for the bin drivers is over £34,000 yet the unions are claiming this is ‘poverty pay’.

“I don’t think residents in Nuneaton and Bedworth would see £34,000 as poverty pay – they would wish that they could earn that amount of money! As the strikers will be unpaid during the strike, I am surprised they can afford to live with no money for 2 months. And some of the drivers are earning as much as £54,000. That level of pay rise would be welcomed by most across our towns but Unite are rubbing the noses of our residents in their petty squabbles. It just isn’t on.”

The new Conservative administration has been working on what can be done to mitigate the impact of the strike. However, the law states that the Council cannot bring in agency staff to cover the missed work as it would technically break the strike. Brown bins cannot be collected at the same time as black bins because, again, it would break the strike.

In addition, Coventry City Council will not be paid by Nuneaton and Bedworth Borough Council for any missed collections. They will only be paid for what they do collect.

“It is incredibly frustrating that the law seems to be in favour of the unions in this matter. If we could bring in additional staff, we would. We understand that residents may put their recycling in the black bins, but I would encourage residents who have had a missed collection to put it in bags at the side of their black bin. We have made arrangements for this to be collected by extra vans we have hired to cover the shortfall from 24 January 2022. This technically does not break the strike.

“Nuneaton and Bedworth are doing everything we can to find short-term solutions, but we have no say in the negotiations. It is entirely down to Unite and Coventry City Council to resolve this. Labour in Coventry need to show leadership over their issue, but there has been a complete absence of leadership over this. I shouldn’t be surprised as they would be clashing with their union paymasters.

“Several members of the Labour Cabinet in Coventry are members of Unite and the Members of Parliament for Coventry all have offices in the Unite building. One has even appeared on the picket line with the striking staff! They need to get their priorities right and put the residents of Coventry – and therefore Nuneaton and Bedworth as its customer – first.”