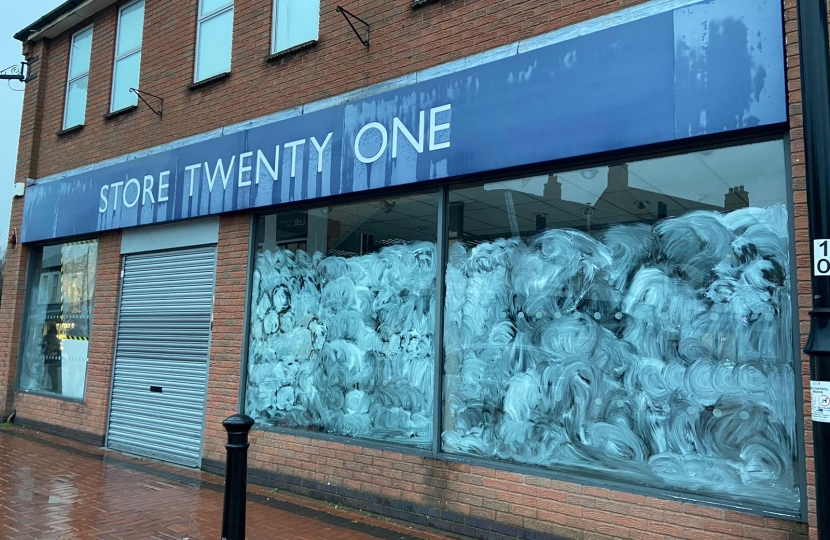 A storm is brewing at the Town Hall after bosses have failed to spend £3.1 million of £3.8 million of grant aid provided by central government for the Council to support local businesses.

In December and again in February, Conservatives put forward suggestions which would have spent some of this money supporting businesses – including 3 hours parking for £1, a shop front improvement scheme, deep cleans of the towns, and rent free period for market traders. All of these were rejected by Labour, and failed to be supported by the Greens, both of whom have yet to produce any plans on how to kickstart our Covid recovery.

In a joint letter to Julie Jackson, Labour Leader of the Council, Marcus Jones MP and Craig Tracey MP have called on her to use the funds provide by central government to support local businesses, as their current strategy will cause more businesses to fail and lead to unnecessary unemployment.

“Conservatives have offered suggestions as to how to use the grants provided by the Government to support local businesses, but at every opportunity Labour and the Green have failed to back them.

“With applications by businesses to the Additional Restrictions Grant Support not even being acknowledged, and many payments being declined its about time the Town Hall got a grip.

“Businesses will go under, and they need to look no further than Labour for their decline.

“If you are a business who has made an application, but has still heard nothing, message either the Nuneaton or Bedworth Conservatives Facebook pages to provide us with details and we will raise each case with the Council’s chief financial officer.”