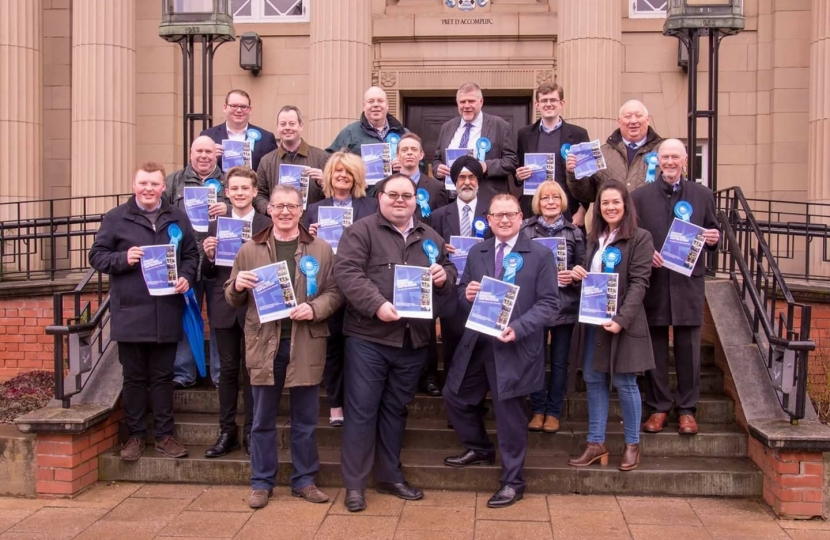 The opposition group at the Town Hall are publicly launching their budget proposals on Tuesday 12 February 2019 in Committee Room B.

At the local elections in May 2018, Conservatives promised to be the opposition with vision, ambition and aspiration for our Borough. Championing residents, investing in services which residents actually want, and delivering for Nuneaton and Bedworth.

As part of their drive to improve openness and transparency the Conservative Shadow Budget will be launched in front of the public and the press.

Labour’s record is one of failure and waste. Over £3,000,000 has been wasted by Labour in recent years, and £1.4mil of available money is being diverted away from protecting frontline services.

Commenting Cllr Kristofer Wilson (Whitestone), Leader of the Opposition, said: “Let us be clear, because of Labour’s record of financial failure and mismanagement tough decisions will have to be made.

“Had Labour not wasted £200,000 on a barely seen or used climbing wall, overspent on the Gresham Road Depot by £2,000,000 or put up parking fees causing the income to be reduced by £500,000 the decisions we would have to take today would be very different. The Conservatives budget proves Labour’s £40 green bin tax is much higher than it needs to be. Rather than cutting waste, Labour would rather tax residents more.”