Plight of Nuneaton Riding Centre raised in the House of Commons

Nuneaton's Member of Parliament, Marcus Jones, today (Thursday 5 September) raised the plight of the town's Riding Centre for the Disabled on the floor of the House of Commons.

In questions to the Andrew Lansley, Leader of the House of Commons, Marcus called for a debate by asking: "May we have a debate on the community value that is derived when councils lease land and property to charities? Labour-controlled Nuneaton and Bedworth borough council is using what I would call a legal technicality and substantial amounts of taxpayers’ money to throw out a much-loved disabled riding charity from its home of 34 years, without any proper explanation to my constituents."

In replying, the Leader of the House of Commons said: "The House will appreciate that my hon. Friend is making an important point on behalf of his constituents. I know that they will appreciate that too. His borough council will no doubt hear what he has said in this House. It should reflect on the best value guidance issued by my right hon. Friend the Secretary of State for Communities and Local Government in 2011 and on the benefits that should be derived by communities from the way in which councils exercise their powers." 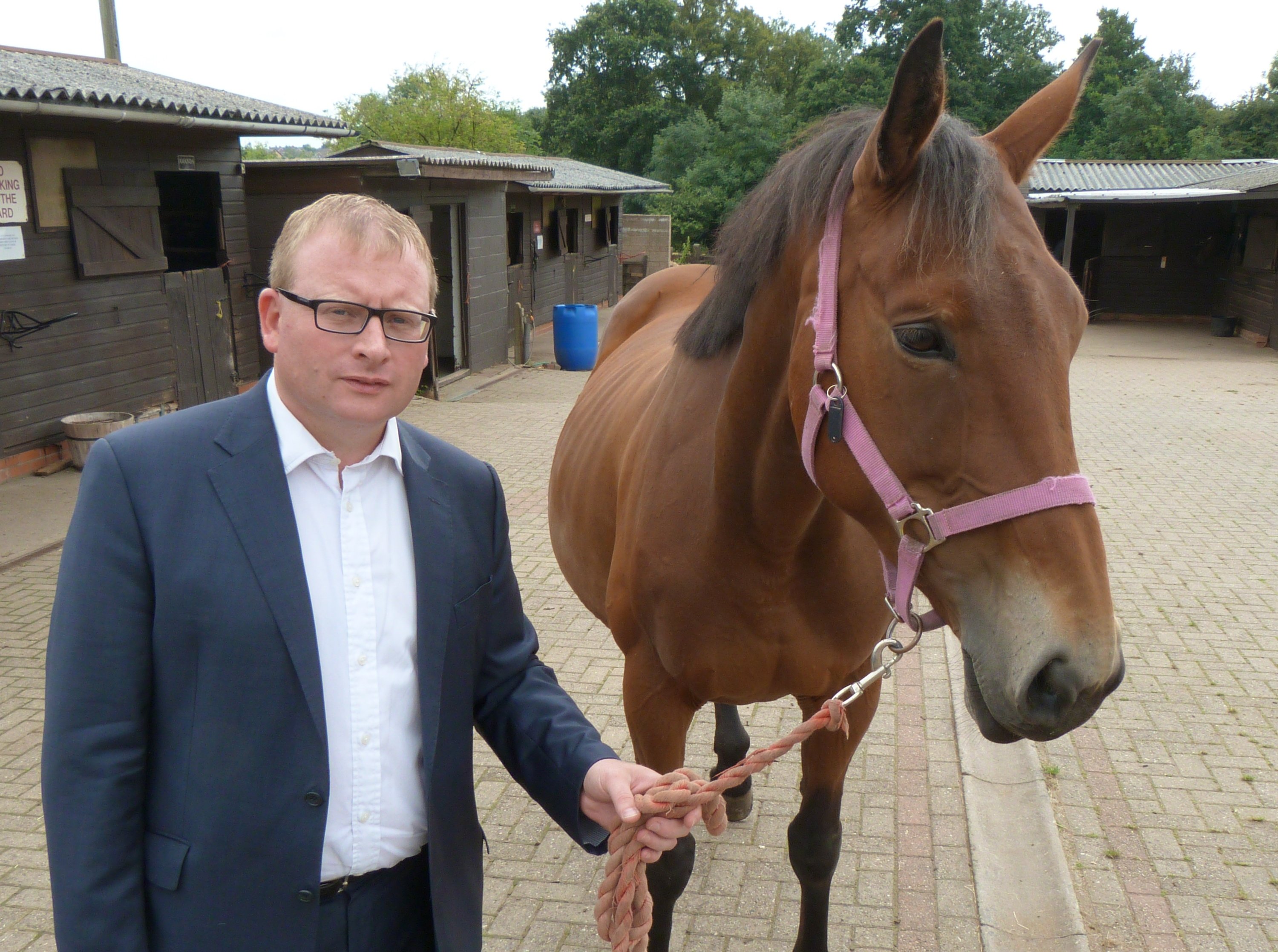 Marcus Jones MP said afterwards "Scores of local people have told me how outraged they are that Nuneaton and North Warwickshire Equestrian Centre has been caught up in a legal battle, brought on by the Labour run Borough Council. Yet the Council Leader keeps telling us how hard up the Council is, so why is it wasting our council tax money on big legal bills with this harmful legal battle which no one wants?

"Does the Labour run Council want to grab the riding centre land for another purpose such as housing? If so, it should be totally open and transparent about it and stop playing politics with this fantastic charity."

Be part of the campaign to get Britain back on track so we can ensure a Conservative majority government and finish off the job. Join the 2,078 volunteers already recruited to our new Team2015 network.

HOW YOU CAN HELP

You can support the Riding Centre by clicking here to signing their on-line petition.

Better still why not visit the Centre at Valley Road, Galley Common and see for yourself how much it means to the disabled people who use it every day. Whilst you’re there, don't forget to sign their petition in person.