Labour Secret Plan to Sell Nuneaton and Bedworth Off to Coventry 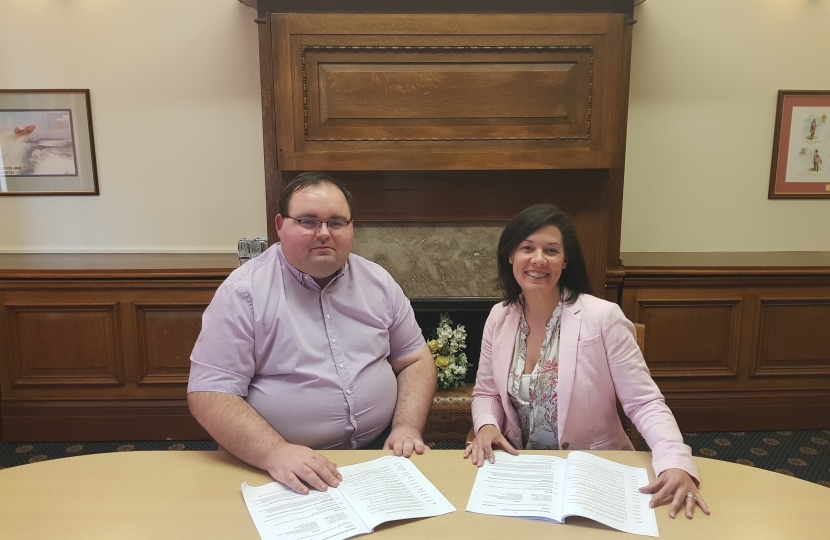 Well-placed sources from Coventry have revealed that Labour Council Leader, Cllr Julie Jackson, has made a secret approach to Labour leaders in Coventry to merge our Borough with Coventry.

“This secret plan, that has now been revealed, shows how desperate Labour in Nuneaton and Bedworth are to try and cling on to power. Their attempts to enter a secret merger with Labour-controlled Coventry show us all we need to know about Labour’s priorities for our Borough. But we shouldn’t be surprised.”

This latest revelation is the latest in a long line of Labour sell-outs to their friends in Coventry at the expense of Nuneaton and Bedworth.

“If we want to see how this merger will badly affect us just remember the saga of the Borough Plan. I know – my ward of Whitestone was only included in the plans for development because Nuneaton Labour agreed to take on Coventry’s massively overinflated housing requirements at the expense of our own green belt.

“Local Labour signed an agreement to accept Coventry’s overspill which resulted in thousands of houses being forced into Nuneaton and Bedworth just to satisfy their political masters in Coventry.

“I dread to think how badly treated we would be if we were forced into a merger with Labour Coventry.”

“This secret approach to Coventry by the Labour leadership has not been sanctioned by the council or been driven by any economic evidence. It’s a purely a political move by Labour to keep their party in control at all costs and at the potential expense of borough residents.

There’s been no work done to assess if there would be any benefit to merging with Coventry council on any level. People should be in no doubt where the priority of the local Labour Party is and it’s not with them.

“Instead of putting the peoples’ priorities first in dealing with the impact of Coronavirus, Labour locally have been trying to do dodgy deals with Coventry. This is about keeping themselves in power at a time when they have no mandate to take this kind of action. As Conservatives at the Town Hall we will oppose any attempt by Labour, secret or otherwise, to do anything that could leave us economically worse off.”