Labour block vital financial support for our towns and traders 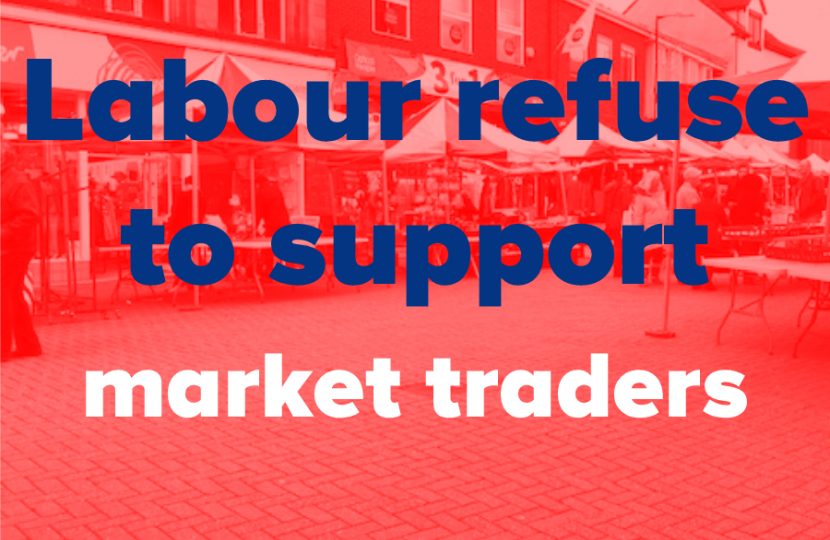 Having listened to feedback from residents, traders and businesses Conservatives put forward a plan to use funds from the Conservative Government to protect our town centres. Last night they were sensationally voted down by Labour.

“We put forward a fully costed and measured plan that could literally make the difference for town centre traders and businesses to survive Christmas. Covid has impacted our high streets hard, and as a council we should be doing everything we can to boost them in the greatest national crisis since the war.”

“Labour have shown a complete lack of leadership over this issue. They have literally turned their backs on our residents and businesses and are happy to let them sink due to Covid. In the week that Debenhams has been put into liquidation, Labour should have been supporting our plans, not rejecting them.

“The support we put forward helped shoppers, protected traders, backed business and supported jobs. Rather than see their way to supporting a Conservative proposal, they took the cowards way out and abandoned our towns. Any further closures or job losses in our towns are the responsibility of this failing Labour council.”

“Every Labour councillor, especially the ones who represent Nuneaton and Bedworth Town Centres, who claim they're 100% for this borough, last night showed every resident and business that they absolutely are not. Whenever it comes down to it, no matter what these Labour Councillors say, they'll never break ranks and always put the Labour party before residents.

“We literally did the Labour Leadership’s work for them, worked out a plan, worked up the costings identified where the funds could come from and despite all this, they still rejected it. If people want pro-active and relevant leadership of this council then they must Vote Conservative at the next election.”

The proposals were ultimately defeated on the Labour Mayor’s casting vote.

“It’s unbelievable that the Labour leader publicly said it wouldn’t be moral to help people when she has presided over a large chain like Poundland only paying £1 a year rent. I also fully expect the Labour Leader to reconsider their position on this and bow to the enormous public pressure. People are quite rightly angry.”

Today we have published our Covid-19 UK Vaccines Delivery Plan, setting out how we plan to deliver the biggest vaccination programme in British history, to protect all those who need it most as quickly as possible.