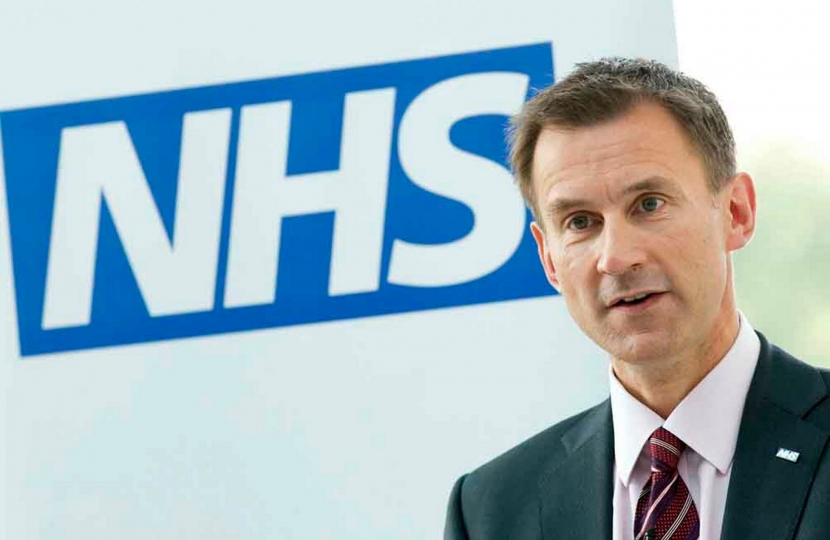 Following the review of George Eliot Hospital by Sir Bruce Keogh, Jeremy Hunt, the Health Secretary, has backed the hospital and praised its staff.

Local MPs Marcus Jones and Dan Byles, who represents North Warwickshire and Bedworth, have praised the Health Secretary’s willingness to take difficult decisions and to have hospitals inspected following a number of recent high profile problems.

The Health Secretary, who worked part of a shift at the hospital’s accident and emergency department recently, also praised its staff saying they ‘were working extremely hard, under great pressure.’

Commenting, Nuneaton’s MP Marcus Jones said: “The Health Secretary deserves credit for instigating this review by Sir Bruce Keogh and for his willingness to take tough decisions about our NHS. I was particularly pleased to receive assurances about the future of the George Eliot Hospital and I think this represents a significant turning point. Yes, problems have been identified but there is a real commitment from Government to turn the hospital around and that has to be very welcome for local people. We are determined to ensure that patients receive the highest quality care at the George Eliot and the commitment of the Health Secretary for the hospital’s future is tremendous news as the hospital’s future has been lingering for many years.”

Adding, North Warwickshire MP Dan Byles, said: “We won't improve the NHS by covering up its problems. We will improve the NHS through transparency and tackling the issues head on. That's why I strongly welcome Professor Keogh's honest and brave report, which shines a spotlight on many problems that were literally covered up for too long. I also strongly welcome the Secretary of State's clear words of support for the George Eliot Hospital. We owe it to the patients and the very dedicated staff at the Eliot not to shy away from facing up to, and tackling, the problems that exist."