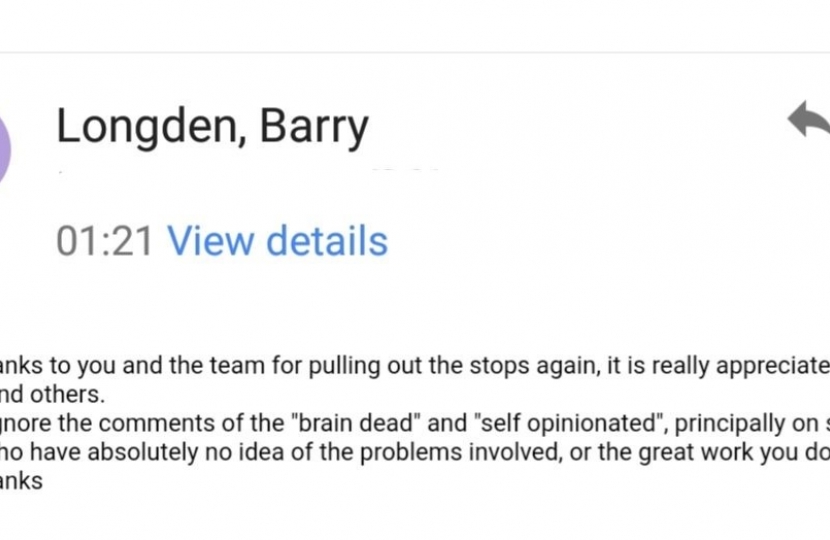 Following the revelation that a Labour cabinet member has referred to residents who are concerned about illegal traveller encampments “brain dead”, “self-opinionated” and “morons”, the Leader of the Opposition has demanded the resignation of the Cabinet member.

The Labour Cabinet member responsible for dealing with illegal traveller encampments, Cllr Barry Longden, has referred to members of the public who are concerned about the new spate of encampments as “brain dead” in an e-mail to all councillors and senior council officials. Furthermore, he has referred to residents as “morons” on a Facebook posting.

“This level of contempt for the legitimate concerns of residents from across our Borough is utterly unacceptable and anyone who refers to people in Nuneaton and Bedworth as such are unfit to be running this council. Cllr Longden’s comments are beyond the pale and as such I am calling upon him to do the honourable thing and resign his position as a Cabinet member or be removed from it by the Leader of the Council.

“To see such words come from a senior Labour councillor about people who are so concerned about the very issue he is responsible for means he should no longer be in a position of power.”

As a defence on Facebook, Cllr Longden has stated that he is standing down at the 2020 elections and so he can now start to say what he wants.

“That defence isn’t worth the paper it is printed on. No councillor should show such obvious contempt for residents and if that is the way he feels then he shouldn’t wait until 2020, he should stand down now and let someone who actually respects the residents of Nuneaton and Bedworth represent Kingswood on the council.

“The public have lost faith in Cllr Longden: he should go, and go now!”

Amanda Milling: 'We’re delivering our manifesto promises against the odds'

Amanda Milling, Chairman of the Conservative Party, talks about how we're delivering on our 2019 Manifesto pledges against the odds.